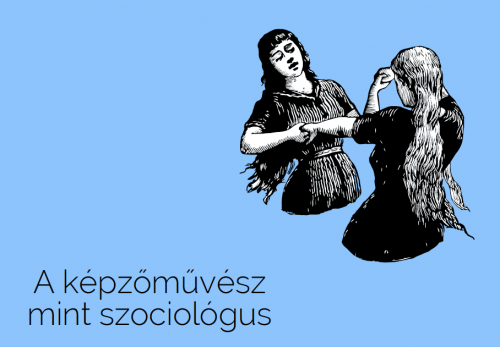 What Kind of Creature is an Artist?

We continue our exhibition series with the next shows in Labor and Kisterem gallery, where we present the “sociologist / politologist / activist” and “urbanist” artists of the SYAA.

When describing the work of contemporary artists, critics often use similes, likening artistic methods to those of professions outside the creative sphere. This helps understanding, as it were, when the word ‘artist’ is no longer sufficient for the ends of description or analysis. No wonder, since ‘artist’ is such an elusive term, and defining it is no easy task.
Let’s say it out loud: artist. At one point, the first image that occurred when hearing the word may have been Pablo Picasso in his dingy Parisian attic… We have perhaps moved on, mixing in memories of aquarelles of arts & crafts classes, first impressions of Jeff Koons or Cicciolina – though none of that brings us closer to a definition.
Perhaps the only specific detail we can come up with is that someone who self-defines as an artist puts herself squarely in the company of journalists and teachers, the intelligentsia in other words – a class that bears some approval from society – though even in that group, artists are somewhat marginal.
It is an understandable need on the part of critics and theorists to refine this one-word definition so loaded with dubious connotations. This is why we so often come across similes likening artists’ methods to non-artistic pursuits.
The aim of the 2016 annual exhibition of the Studio of Young Artists’ Association (fkse) is to showcase the work of the Association’s members with a special emphasis of their individual methods in a selection displayed at five venues.